Emmerhout participates in the municipal experiment on citizen budget and budget monitoring. Saturday, October 3, 2015 there was an international exchange of experiences in this between people from Brazil, Uganda, Tunisia, Spain, South Africa and people from and connected to the district Emmerhout.

The process of budget monitoring in Emmerhout.

Over a year ago the municipality of Emmen started a pilot on budget control. In the first place they only wanted to start in one of its villages (Nieuw-Dordrecht, a small village close to Emmen). As soon as we noticed this, we asked and advocated for our participation in the project. To make a long story short: in the end the allowed us to participate. But it took some effort to reach this stage.

Civil servants were quite sceptic, about budget monitoring in general and about our participation, at first. But it has to be said: they have revised their opinion, and gradually became more enthusiastic.

Initially we limited ourselves to a few policy fields (maintenance grey and green, participation, care (social support and social services)). It was the civil servants’ job to figure out what part of the total funding issued by the municipality on these policies, was spent in our neighbourhood Emmerhout.

Now this is clear for the mentioned policies and now it is up to us to indicate how we want the money is to be spent. What are our ambitions and our dreams? 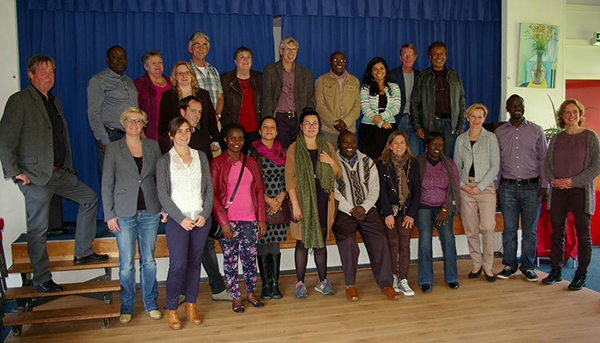 Practically we stand at the start of this project. Next to the small group of enthusiastic public servant we have to create a broader support within the town hall. And although the motto of the municipality is: More by the community, a different government, the town hall has struggles with letting go and giving trust.

A section about budget monitoring has been included in the framework memorandum of 2016. That is a good start. Now it is the case to convince the political parties in the council of the importance of budget monitoring.

Beside of that we need to create support within our neighbourhood. Now there is a small group of enthusiast who deal with it. But when the real decision has to be made, it is important to involve more residents.

In the media: Article RTV Emmen