The word "Kwanda"means ‘to grow’ and in 2009 the show ran on late-night SABC1, South Africa’s main television channel, attracting over a million viewers.

The ‘community makeover’ reality TV show was the first of its kind and centred around five deprived communities that were challenged to make their areas ´look better, feel better and work better´.

They were also challenged to develop initiatives that generated income and encouraged the growing of food.

Kwanda has become a buzzword that proves to be very sticky. Many people are inspired by the TV-show that portrays people transforming their communities in the thousands.

Kwanda was introduced to the Netherlands for its value as an edutainment program.

In a first attempt to introduce this program in a deprived neighbourhood residents reacted negatively to media involvement, due to experiences with stereotyping or because of cultural/religious objections.

This publication focuses on the organization work (OW) methodology applied in one of the three pilots in Amsterdam, called ‘Bewoners aan zet Osdorp’ or BazO - ‘Citizens in the lead Osdorp.’

We proudly present this publication as a description and analysis of what we have done and learned, knowing that we are only beginning to find ways to mobilise largescale social organisation that can improve the quality of life in a Western context. 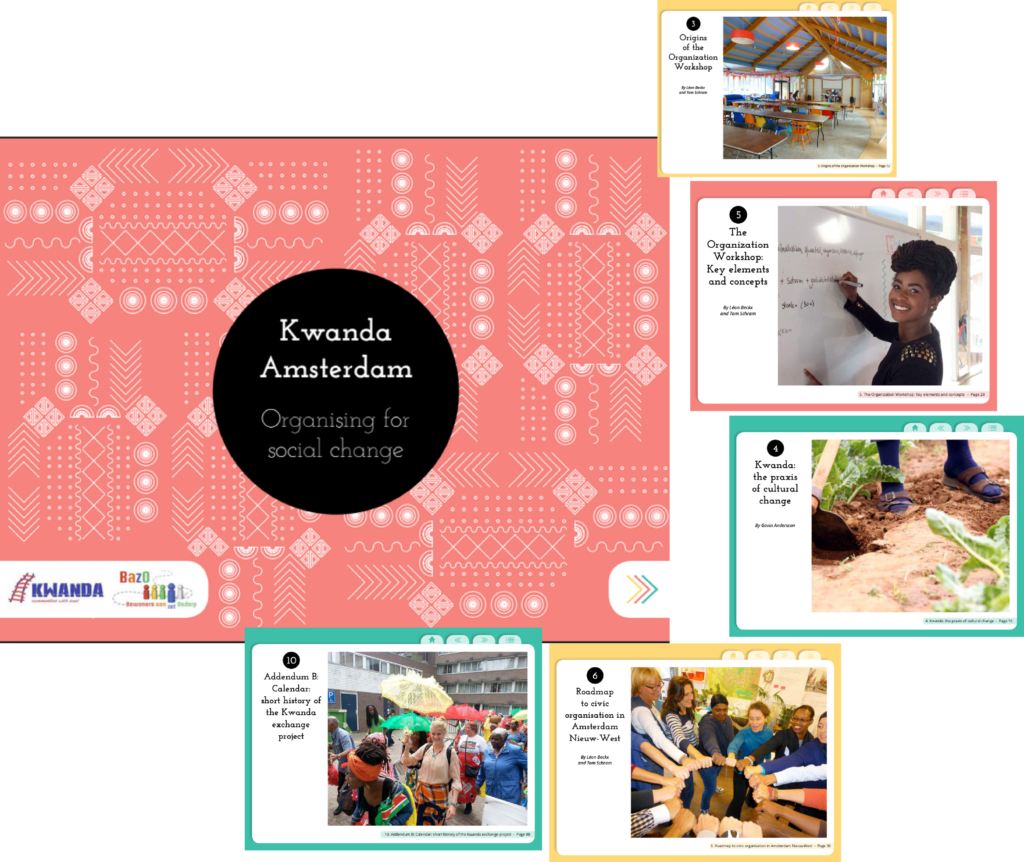