How can citizens influence the decisions of their politicians more directly? And keep an eye out if their politicians keep their promises? In Uganda Citizens Watch IT (CEW-IT) developed the Citizens’ Manifesto for better monitoring the democratic decision-making process. An inventory is made of the concerns and wishes of citizens, using different routes, including social media. They are incorporated in a Citizens’ Manifesto, which is then signed by the politician responsible. In the Netherlands elements of the Citizens’ Manifesto are now also used by Netwerk Platteland (Rural Network) in Friesland and Netwerk Democratie (Democracy Network).

New forms of democracy thanks to social media

How can citizens influence the decisions of their politicians more directly? And keep an eye out if their politicians keep their promises? In Uganda Citizens Watch IT (CEW-IT) developed the Citizens’ Manifesto for better monitoring the democratic decision-making process. An inventory is made of the concerns and wishes of citizens, using different routes, including social media. They are incorporated in a Citizens’ Manifesto, which is then signed by the politician responsible. In the Netherlands elements of the Citizens’ Manifesto are now also used by Netwerk Platteland (Rural Network) in Friesland and Netwerk Democratie (Democracy Network).

The citizens’ manifesto achieves two things: policy-makers are held accountable for their promises, and citizens become more assertive. The democratic process is monitored by providing information and using internet in order to keep an eye out on the democratic decision-making process and the provision of basic social services (health care, education and infrastructure).

Two examples of the Citizens’ Manifesto’s success in Uganda:

-      A petition to the district administration on the appalling state of education.

-      A meeting of all members of parliament and a cross-section of citizens from the West Nile region to address critical issues, such as access to the national electricity grid and rampant deforestation in the region.

Internet (social media) and mobile telephones are means for citizens to report their problem to CEW-IT. The problems are collected on the online platform Ushahidi, anonymously with only a reference to the place of residence. When a particular region appears to have many problems, CEW-IT can organize a citizens’ manifesto. A politician is invited to a village, and people share their concerns and complaints. These issues are then laid down in a citizens’ manifesto, a public document, signed by the politician. After a while the politicians is invited again to explain about the improvements he has introduced. When improvements are not visible, he is held accountable.

Exchange: the Netherlands is seeking ways to involve citizens more 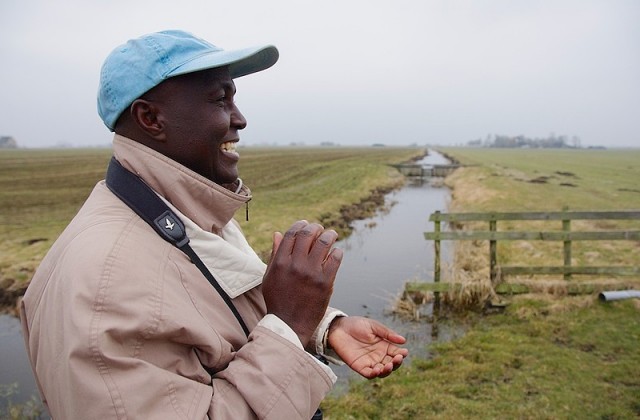 The Dutch authorities are looking for ways to take better stock of the wishes and ideas of citizens. The Ugandan citizens’ manifesto served as inspiration for a Citizens’ Jury in the Netherlands.

Netwerk Platteland (National Rural Network) used parts of the method in Friesland to map the positions of different parties (farmers, environmentalists and citizens) on the preservation of meadows. During an E-Motive exchange in 2013, CEW-IT taught them how to apply elements of the Citizen’s Manifesto. Ushahidi has been integrated in the overall website.

Netwerk Democratie, an organization working on new forms of democracy, is investigating how to use the Ugandan method for the Netherlands. In the fall of 2014 an exchange on new forms of governance and democracy will take place between Uganda, Amsterdam and Friesland. The CE-IT method will be piloted and applied here. At the same time a video on the methodology will be made, for use in multiple countries.

Effects of the exchange

During the Borders to Cross Conference (October 2013), a big conference on democracy, innovation and civic driven change, James Mwirima gave a presentation of the CEW-IT method. An old democracy like the Netherlands can still learn much from a younger democracy like Uganda, was the conclusion from the workshop.

In Uganda and the Dutch province of Friesland, citizen consultation meetings were organized at the provincial and local levels. In Uganda theatre was used to discuss the issues with the help of cultural tools. In Friesland too artists were involved in sharing their perspectives. Media, such as the radio, newspaper and internet, were also used. 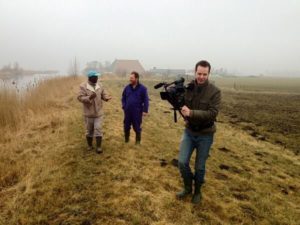 In Friesland the Citizens’ Manifesto is presented to the responsible politician in the provincial government, but also to a range of different actors from society in general and the private sector in particular, including educational institutes, who are seen to play an important role in implementing the Citizens’ Manifesto’s recommendations.

The Citizens’ Jury invites experts to share their knowledge and perspectives on a give subject. This increases their understanding of the recommendations and the feasibility of their implementation.

In Uganda consensus on the Citizens’ Manifesto is built through interface meetings.

In Friesland ideas for nature conservation were put in an online poll, leading to the selection of ‘best solutions’ by citizens. The most popular ideas formed the basis for a dialogue between jury members (led by a neutral facilitator), and were used as input in the Citizens’ Manifesto.

In Uganda, for citizens to hold leaders accountable, they need to have an interface to engage them. The interface can take different forms: community forums, manifesto days, neighbourhood assemblies, dialogue meetings, petitions and ‘Issue Papers’, clients’ charters. In Friesland the Citizen’s Manifesto is presented to keynote speakers at public events, who are asked to comment on its contents.

In Uganda neighbourhood assemblies are organized to enable farmers, ordinary citizens, elected and appointed leaders, religious and cultural leaders, literarily any member of the community to join in an effort to improve community livelihood, and to commit to a democratic and inclusive process in resolving an issue the community faces. It is a discussion facilitated at the community level, with conditions for success such as full participation, full empowerment and commitment to a genuine dialogue. In facilitating community assemblies and the Citizens’ Jury in Friesland, a similar process was followed and similar conditions were met.

In Uganda, the neighbourhood assemblies have contributed to restoring citizens’ trust in government power-holders. These meetings have also given people from each neighbourhood a forum for speaking and being heard, and for having a concrete impact on the way the future of their neighbourhood unfolds, without the interference or assistance of government organizations. In the context of Friesland, the organization of 6 local meetings, space for citizens to vote, and transparency about the process and the role of jury members, have resulted in similar effects.

Use of social media

CEW-IT uses a range of ICT avenues to strengthen information sharing, citizen agency (active citizenry), and effective service delivery. Whereas in the Netherlands there is a high density in the use of mobile telephone, smart phones and social media, the application of these tools for citizens’ agency is far less developed compared to Uganda. This was a major insight for both sides. There is still quite some potential for further exchange between Uganda and the Netherlands on the use of social media for citizens’ engagement in new democratic forms, related to issues important in rural areas, such as the conservation of nature.

CEW-IT (Citizens Watch IT) aims to facilitate the empowerment of citizens and engage them in development and democratic governance.

CEW-IT strives to be a platform and voice through which citizens of Uganda are empowered and equipped to engage on issues of development, democratic governance and to effectively carry out their constitutional and national obligations and responsibilities for productive democratic development, national stability and quality livelihoods rich with balanced socio-political and economic society of transformed men and women of Uganda. In order to strengthen the capacities of citizens to demand and realize efficient and equitable service delivery (education, health, water, production and infrastructure), CEW-IT trained citizens on the development, popularization and ownership of the citizen manifesto, held awareness campaigns, tracked service delivery, and organized interface meetings between elected leaders and the citizens.

ETC Foundation is the coordinator of the National Rural Network (NRN) in The Netherlands (2000). This network supports people and organizations that are committed to promote a strong and attractive countryside. The NRN is founding member of the National Rural Parliament (NRP, 2004), a stakeholder platform of NGOs aiming to innovate local level democracy through establishing new ways of communication between rural citizens and the Dutch Parliament. Their Leitmotiv is: How can rural citizens (re)gain a mandate to control and manage their own living environment?