Spreading the word of new ways of creating and connecting Communities

During the week from the 20th to the 26th of October 2015, TRES Social and Jana Sanskriti, had the chance to meet again in Madrid to develop the second part of their mutual learning experience facilitated by E-Motive Programme.

Both of them are organizations deeply committed with the use of theatre as a tool of social and community transformation, and the days spent together in Spain were a chance to spread their vision and their methodologies related to the use of mind, body and emotions as a medium to promote significant dialogues about the need for change in western and eastern societies.

In order to amplify the dissemination of their points of view and to ensure that its message received the widest public attention, several public meeting were organized in different public Universities as la Universidad Complutense de Madrid, la Universidad Carlos III and la Universidad de Castilla La Mancha, where students, researchers and teachers in the field of human and social sciences had the chance to better know Jana Sanskriti’s experience in rural communities in India, and to share impressions, doubts and idea about the need for new frameworks to think about social change. 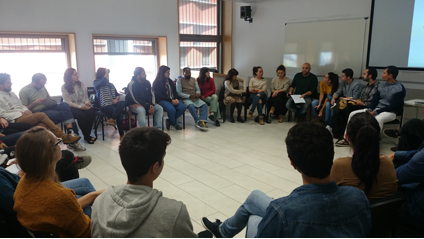 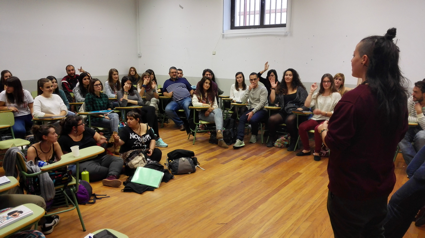 Understanding that the only way to promote radical and essential dialogues could be achieved by reversing the rupture among mind, bodies and emotions that since Descartes’ “I think therefore I am” started our monolithic Western worldview, the day-long practical training event #MakingCommunity was realized , in addition to the conferences tour among Universities.

Thanks to the help of organizations like Altekio and Creaktúa, partners in the E-Motive Programme, we could offer to the 30 participants, 12 hours full of training in Groups Facilitation and Social Theatre, sensible and embodied dialogues of the experience of fighting gender violence in Spain and India with a Jana Sanskriti’s conference and a Forum Theater by TRES Social. 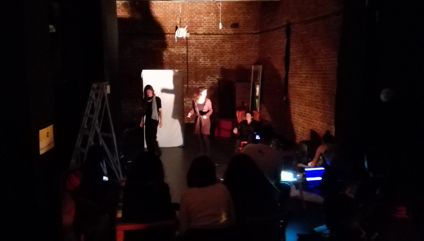 The exchange experience was also a chance to sit comfortably with Jana Sanskriti and having the time to dream together about possible futures approaching.

From the connections and new synergies found throughout the experience, new collaborations will start among TRES Social, Jana Sanskriti, implying the national and international networks related to political theatre they’re in.

From the willing to deliver the possibility to live the experience of living and training with Jana Sanskriti’s members in West Bengali to the widest Spanish public, TRES Social and Jana Sanskriti studied the way to create an internal programme focused on sending Spanish participants to study social theatre and to experience rural political organization in India.

At the same time, TRES Social will start dialogues with the European members of JSIRRI , with the aim to deepen in the organization of an European network of NGOs committed with the use of arts for social transformation.

At the core of the experience

The results of the learning exchange between TRES Social and Jana Sanskriti point out the core need for a global promotion of radical intercultural dialogues, where subjects should deepen in understanding the role of arts as a concrete methodology of social transformation and body and emotions as core tools to think about reality and new realities.

Instruments useful to better understand cultures as incomplete social constructions that, through “knowledges dialogue”, could be enhanced and renewed in the search for real alternatives to hegemonic globalization.

The friendly bridge now created between Spain and India, through the use of theatre, is a little but significant example of the importance of bridges among different worldviews in order to create a mutual enrichment oriented to find new paradigms of solution to the old but present problems resulting from Modernity.