Back to
previous page
Solution applicable for
Project with solution

One of the reasons we believe BJCU has been so successful is the group’s use of an inclusive methodology, called GALS (for Gender Action Learning Systems), in all of their activities, to ensure equal participation by both men and women in the coffee value chain and in their decision-making from the household through to the cooperative level. In 2015, BJCU won the SCAA Sustainability Award for this work.

BJCU farmers’ enthusiasm and eagerness to grow and improve year over year has made them one of our most inspiring groups to work with.

Before GALS, Women used to stay home, Men used to move to urban centers claiming they are looking for Jobs but in return they could arrive to their homes empty handed. 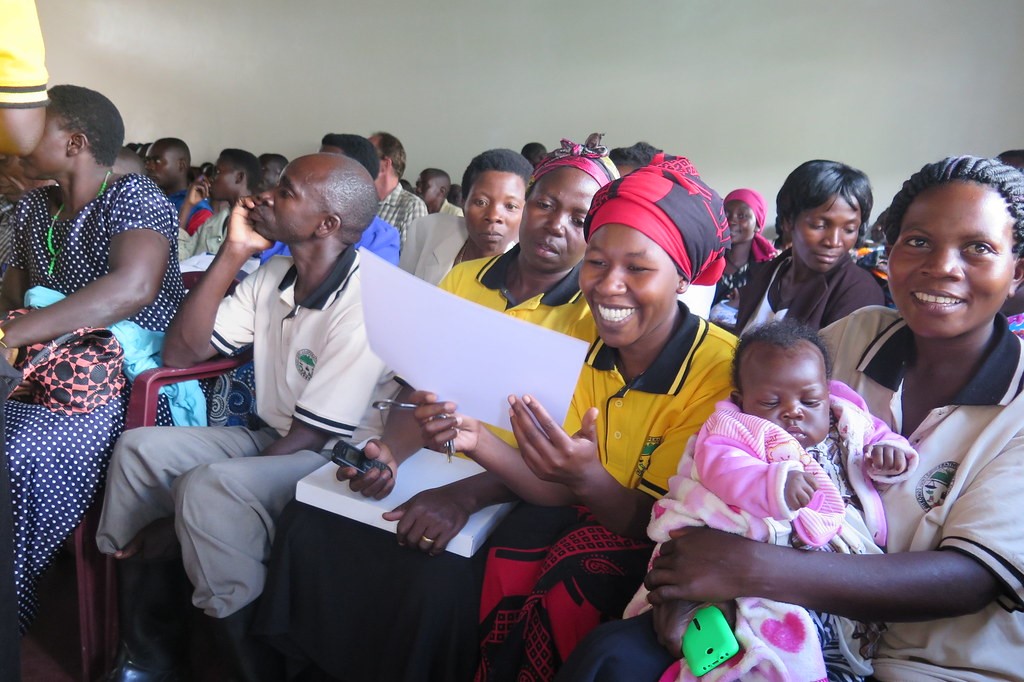 They used to return home towards the coffee Harvest and after selling the coffee, they return to urban centers. This brought miss trust within household where everyone was picking coffee selling separately including the Youth, the mother, and the Father. This brought a lot of poverty whereby no one could show how much he/she picked and sold.

Bukonzo Joint is a project based in Uganda that focuses on coffee value chain and microfinance. The main challenges that the project addresses are: first, and often lack of trust among spouses that leads to a reduced positionality and participation of women in decision-making at the household level; second, the dependance of farmers on agriculture as their only source of income; and, third, the lack of participation of people who do not know how to read and write in microfinance activities. 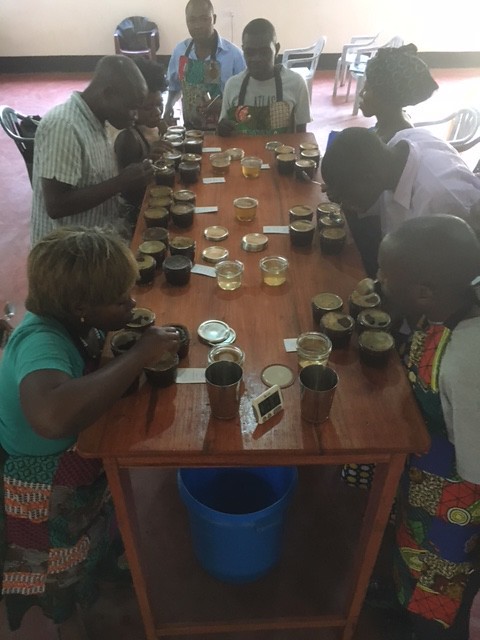 Gender Balance Tree which helps men, Women and Youth to realize their contribution visa visa their benefits in every activity they do.  Income and Expenditure Tree help both Men women and the Youth to know how much has been coming in and how much is sent. All this, we use tools that have been created by them. Challenge Action Tree. This help both at household, if any challenge happen, they look at deferent areas of how it happens either from House hold, Production or Marketing.

Market Mapping helped our members to know different products within their localities and how the chain moves from production, processing, transportation re-bagging to export. From their meetings and tools, they used to discuss to own most of their chain to export and bought shares in these chains.

Bukonzo Joint uses GALS tools to help couples visualize their goals and dreams and a joint vision as a household and the needed actions to achieve them. The use of these tools is contextualized to promote the use of microfinance as a tool for achieving the couple’s visions. The trust was brought about people becoming creative of their system which helped them manage their own situation, development without external pressure. External people used to come as learners not trainers and the local people gained confidence of continuing using their tools.

For diversifying the income of the farmers, Bukonzo Joint helps farmers to benefit from steps of the value chain.  Instead of selling the coffee bean directly after harvesting, the farmers engage also in other off-farming activities like, for example, cleaning, grading, bulking, packaging, delivery, selling, among others. Before GALS We hard not I identified other opportunity within the Value chain when we draw and discussed Market maps our member realized after production, they can move to processing through coffee hand sorting and get more income other are supporting each other through their farm field schools training others the good agronomic practice other than waiting for outsiders to come and train them.

Our Sustainability as Bukonzo Joint Cooperative Union is to accept the shareholders, old women and men continue training their youth how they started and Managing the whole process with less external pressure, they are able to Reject or Accept any support after analyzing its future impact.

For being able to engage people who do not know how to read and write in microfinance activities, Bukonzo Joint has developed a contextualized counting system based on figures and symbols. This allows every person to take care of their finances and have access to different sources of income. I will send you some pictures in other Emails to show how we give finance reports and accountability without changing members I dears.

BOCU works with 10 primary cooperatives with 1975 farmers who are organic and fair-trade certified. 36 central micro washing stations have been established and now BOCU has the capability of producing 15 containers in a year given the availability of financial resources.

Bukonzo members have Fairtrade Organic certifications and receive price premiums that they use to improve their own lives and their communities. Bukonzo members decided to utilize their social premiums to add health services for pregnant mothers to their community clinic to help minimize deaths in childbirth that are preventable.

The cooperative union has also been a force for social good. 83% of members are women and the cooperative has done extensive community training on gender inequality. Today, Bukonzo often serves as a mentor for other East African cooperatives seeking to do similar work.

As we Moved around registering members in 1992-1999 we were only finding women at the house hold and by this we registered 98% women and only 2% men out of total of 385 members in 11 self-help groups.

We mobilized the 11 Groups into one Savings and Credit Association and since Majority were women, their savings were in privacy. They could not like any one to reveal to their husbands and this was the money they were getting in selling some coffee and food crops before their husbands return home from Urban centers. Their husbands could sell very quickly because they want to return to urban center, and this caused poor quality because everyone was competing on his/her own.

By 2004, Number of Groups increased to over 35 with membership over 1,520 where women were 89% and some men hard seen some progress with in their household which they did not participate in contribution, some demanded to Join the women’s Self-help groups and the number of men increased from 2% to 11%

In the same year 2004, Members requested to Register as Cooperative and officially they started delivering their coffee to Bukonzo Joint. Since these were old Women in Leadership who had not gone to school for writing and reading. we hard to Visit every Group to find out how they are Managing their Groups. We also found out that they had some simples and the meaning of each simple, as we brought all the groups together, we called the Methodology Participatory Action Learning System(PALS) where majority were still old women.

Since the Number of men started increasing, they started Co-opting women’s self-help Groups leadership then in 2007 we introduced the GALS methodology, which is Gender Action Learning System, which was from participatory Action Learning system with the help of Linda Mayox independent Consultant from UK.

Lutheran World relief has provided support of coffee pulpers and Micro station shades and accessories to 23 coffee micro situations and 36 stations have been supported by setting up demo sites, ICT platform for data collection, funding certification costs, supporting the establishment of Micro station lending Associations and supporting the Union in participating in exhibitions like AFCA.

Today, members of the Bukonzo Joint Cooperative Union are proud to name their coffee “Owemba” from the Lhukonzo word used to describe something outstanding.